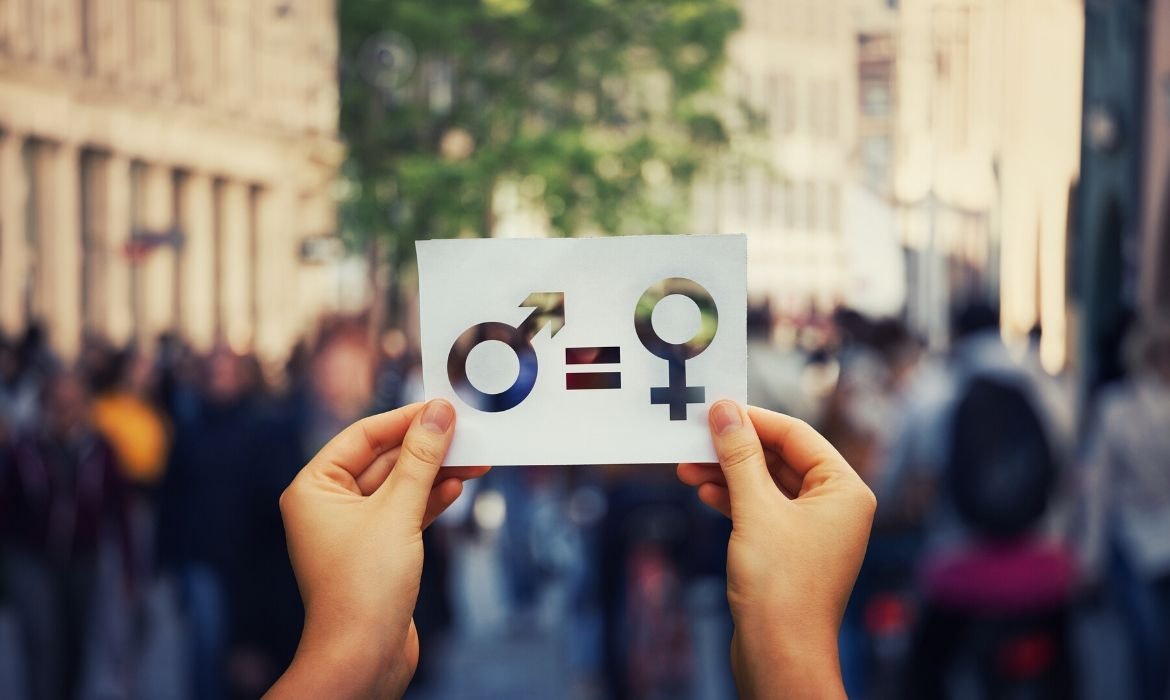 Understanding the struggle for equal pay in the UK

Studies show that approximately one-quarter of companies and bodies within the public sector have a pay gap of 20% in favour of men.

Why does this happen? And is there anything you can do to ensure that your work is valued just as much as your male counterparts?

The good news is that there is. However, before we dive into what you can do, let's take a look at the origins of "equal pay" and learn more about the evolution of this concept over the years in the United Kingdom.

Understanding the concept of equal pay

The gender pay gap refers to the difference between the earnings of a man and a woman. It's an exceptionally complicated issue and one that has been reflective of the many forms of discrimination against women within the workplace.

The concept of equal pay suggests that every person, men or women, must be compensated equally for performing equal work unless there is any justified difference in pay. While it can be applied to a variety of discriminatory scenarios within one's workplace, it is generally understood within the context of gender discrimination.

The Equal Pay Act of 1970 and other legislative action

While the concept was mentioned as a part of the Labour Party's manifesto back in 1964, the government failed to make any strides in establishing any real legislation in support of it.

However, in 1968, a strike was led by the female sewing machinists working for Ford Motor Company Limited's plant in London. After being informed that they would be paid 15% less than their male co-workers, the women went on a strike for 3 weeks.

Eventually, this event triggered the passing of the Equal Pay Act in 1970 that prohibited discrimination based on gender within the context of equal pay and working conditions of employment. In 1973, the UK joined the European Union, where the Treaty of Rome also specified the necessity of equal pay within the workplace.

However, now new laws like the Equality Act of 2010, supersede the Equal Pay Act of 1970, with more defined provisions for equality between both sexes.

Every citizen in the United Kingdom has the right to equal pay for equal work, according to the Equality Act of 2010. The equal pay law is clear, and it is safe to say that there is no form of legal discrimination against either of the sexes. However, there remain some systemic flaws that need to be addressed.

Additionally, according to research conducted by the Fawcette Society, despite the legal remedies available, only 36% of people know that women have the legal right to ask their employer about the salaries of their male colleagues if they suspect discriminatory behaviour. According to the Office for National Statistics (ONS), in 2019, a woman's aggregate earnings are 17.3% lower than that of men.

With numbers and data like this, it is natural to feel disheartened about job prospects and your ability to earn. However, what you must remember is that knowledge and seeking information is the ultimate way to battle these kinds of injustice.

This year, Equal Pay Day will be celebrated on the 15th of March in the UK. It's a great way to highlight unfair terms and conditions in employment contracts, spread awareness about the real issues you face within your workplace and help bring to light any discriminatory behaviour you may face.

Though you might feel helpless, there's a lot you can do. Filing a claim for equal pay is one of these things.

How to make a claim for equal pay in your workplace

If you feel like you or someone you know is not being compensated fairly for equal or similar work, encourage them to file a claim to require equal pay. Here's what you need to do to file an equal pay claim.

It is important to establish a comparator within your workplace. This is the person who is receiving a higher payment for doing the same work that you do.

2. Making your case for "Equal work"

Next, you have to establish that this comparator does work that is equal in "value". You could, for instance, consider a job evaluation study. This would take into consideration the amount of physical or mental effort involved, the level of decision making and other relevant factors of your job.

Other pay-related issues you need to address

In addition to this, you can also find other comparators to support your case or run an equal pay audit. If you've already left your job, you can file a claim within 6 months of leaving. However, if you didn't realise that at the time you were getting less pay, you can file a claim on finding out. Even so, it might be beneficial to seek out legal assistance in those instances.

Do keep in mind that consulting your employer regarding this perceived discrimination should be your first move. If after making your case to your employer, you still do not receive equal pay, you can take your claim to the Employment Tribunals or a civil court.

Also be sure to document all evidence of communication between you and your employer regarding this issue, as it could be very handy in court. Communicate with your HR department, ask if they have payroll software in place, and collect any kind of information or HR analytics that you think will be beneficial to your claim.

Do we really need to explain why women deserve equal pay in 2022?

In this day and age, the very idea of not getting equal pay for equal work seems absurd. Unfortunately, it is still a reality for far too many women all across the UK and the situation is broadly similar in other parts of the world.

That's why, as an employer, it is essential to ensure equal treatment and pay to create a fair workspace and retain your employees. To make sure that your employees get the equal pay that they deserve, it is important to have an efficient HR department with access to the right HRIS.

Check out our online HR software that makes it extremely easy for you to monitor employee compensation, work hours and much more! Sign up now for a free trial.

A part time job is any work that takes only a few hours of your day. How do these jobs work and what are the benefits and disadvantages of part time work? Read more.

Maternity leave aims to protect working females before and after childbirth. Most countries have embraced maternity breaks for new mothers and paternity leaves for fathers. Learn the UK's entitlement, pay, benefits and more.

HR admin activities can be really time consuming, up to a staggering 700 hours annually. Having an automated system saves you time and gives you a competitive advantage. Start now and make a difference!

All personnel data in one place

Transparent time off management with calendar

Manage time off on the fly

Ready to give HR software a try?