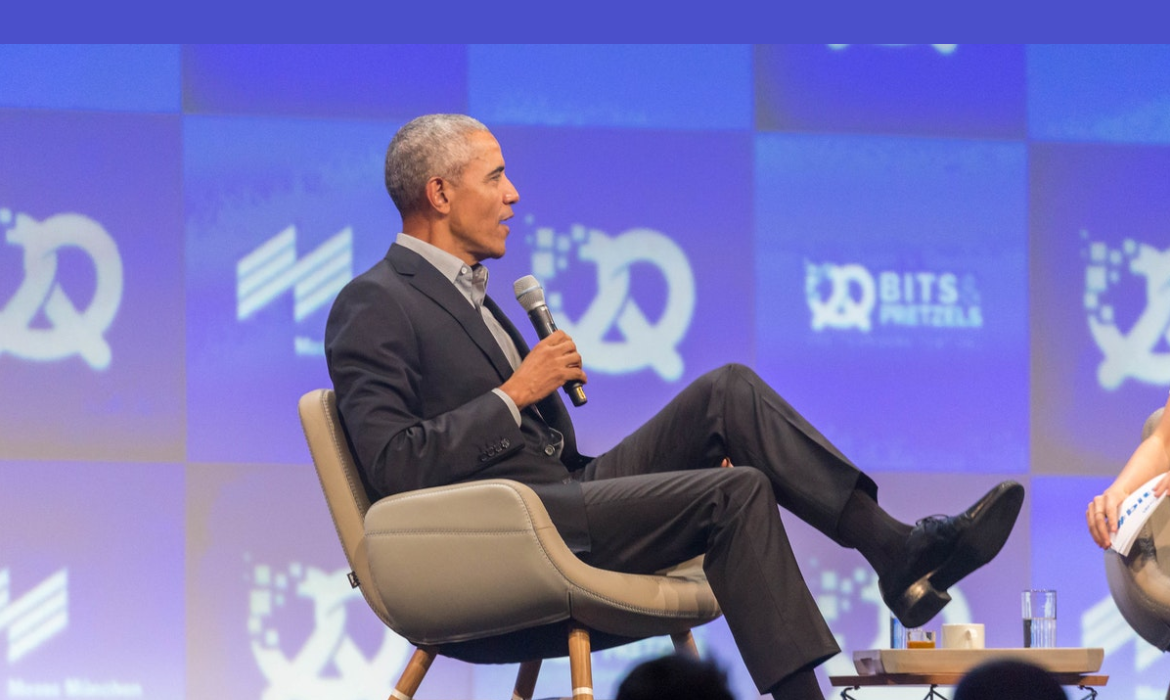 Obama was received on stage with loud applause around 11:30 am for the opening speech. The conversation developed smoothly among jokes that showed he has lost none of his charisma. As it is tradition with Bits & Pretzels speakers, Obama was asked if he was wearing lederhosen, to which he replied he tried them on in the hotel room and continued with a laugh: “But I’ll only wear it for Michelle privately.”

Although the Bits & Pretzels conference takes place during the Oktoberfest and Obama previously expressed his wish to attend the Oktoberfest, a visit was not planned. The former president went on to explain he would have had to put on a moustache in order to not be recognised. Sure, being a former US president, visiting the Wiesn incognito is a pretty difficult task.

As expected, more important topics such as climate change, environmental protection, and political drift of society, and making an impact were also brought to the table.

The quote that inspired us the most?

"Change rarely comes on its own, each of us has to play their part in it. To all startups and founders: let’s take the challenge and drive the change of tomorrow."

Flexibility at work, Quality of Working Life approach, HR digitalisation... Discover the 5 HR challenges that await you in 2022.

Virtual meetings are a challenge and can take a lot of energy if they are not implemented properly. Find out here what is important.

4 processes you can simplify through HR automation

If your HR department is still spending a lot of time on manual processes, consider HR automation. Learn more.

HR admin activities can be really time consuming, up to a staggering 700 hours annually. Having an automated system saves you time and gives you a competitive advantage. Start now and make a difference!

All personnel data in one place

Transparent time off management with calendar

Manage time off on the fly

Ready to give HR software a try?